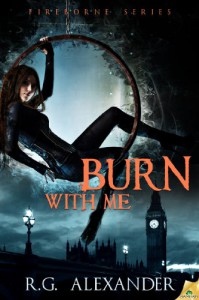 Probably closer to 3-1/2 stars, but while I liked this story, I didn't love it.

As often happens with a first in series, especially paranormal, there's a lot to learn about the world in which the book takes place. In this one, it was all a mystery and we were fed bits a pieces as the story went on. This honestly makes sense for this story, because even Aziza didn't know what the hell was going on, and the people who could tell her were bound by their own laws and edicts. I just felt so confused for most of the story.

I liked Aziza's relationship with Brandon, but I only barely "felt" it. I felt like we were just told how much they were drawn to each other as opposed to actually feeling the pull. And I didn't understand her intermittent dalliances with Ram. One thing I really didn't get, and maybe this is just the author's style: Why no lube with the anal? I think I just prefer more preparation than shoving it in after having vaginal sex, which probably provides some lubrication, but I just cringed every time. And it happened a few times, lol. But since I didn't really feel their connection, I couldn't really get into their sexy times. Which is really odd for me with a R.G. Alexander story.

There were so many unanswered questions. We found out who had been murdering Aziza's family members and a little bit of why, but so much was left unanswered. I almost didn't feel like the story should have ended where it did. Though it is a nice sort of teaser for the next one, which I may or may not read. We'll see. I'm definitely intrigued, but not chomping at the bit for the next one to be released.
Tweet
2784 BOOKS