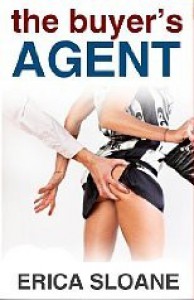 Another hot, little short from Ms. Sloane. For some reason, I was thinking their last little tryst was going to end up on the internet somewhere. One never knows where one has put cameras in their own home. Maybe the homeowner had things go missing while trying to sell his house, so he wanted to see what happened while the house was being shown? What an eyeful he would have gotten with this pair, lol!

I was happy with the pacing and how it progressed, how much heat they had for each other, how he sort of abstained until the perfect moment. I think I would have liked to have read about the one thing he seemed to be fixated on but didn't get. ;-) And I liked how it ended. Nice, smexy story!
Tweet
2784 BOOKS